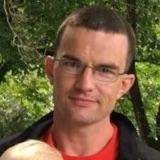 Wayne Alexander (Alex) Ruppe, age 33, born December 18, 1984 was released from the chains of this world on September 10, 2018.  He was by his own attestment saved by the grace of God when he was 8 years old and a member of Rankin Chapel Church. He was a 2003 graduate of Oakdale High School. He received his ASA certification from Nashville Auto-Diesel College in September 2004. He was employed by John Deere and East Tennessee Dodge in Crossville. Alex was also skilled in carpentry and masonry. He had a lifelong love of the outdoors. He had a heartfelt longing to be a good husband, father, son and brother.

He is preceded in death by his beloved grandfather, William (Bill) Powers and grandmother, Lala Powers.

The family will have a graveside service Sunday, September 16, 2018 at 2:00 p.m. at Rankin Chapel Cemetery in Oakdale with Bro. Jamie Nelson officiating.

Schubert Funeral Home is in charge of the arrangements for Wayne Alexander Ruppe.

To order memorial trees or send flowers to the family in memory of Alex Ruppe, of Oakdale, TN, please visit our flower store.