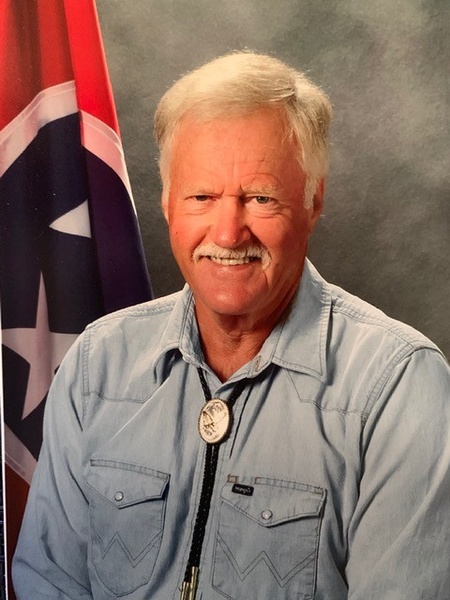 Allen Doyle Garrett, age 83, of Wartburg, Tennessee passed away on April 18, 2019 at University of Tennessee Medical Center surrounded by family.

Doyle was born on July 1, 1935 in Morgan County. He graduated from Walters State Community College in 1976 with a degree in criminal justice technology.  During the Korean conflict, he served in the U.S. Navy as a photographer. After 30 years of loyal and outstanding service in Knox and Morgan County and rising to the rank of Sergeant, Doyle retired from the Tennessee Highway Patrol.  He also retired from the U.S. Coast Guard Reserve after 28 years of service in the Knoxville unit.  As owner and contractor for Garrett Construction Company, Doyle built houses in Knoxville and Wartburg for over 25 years.

Doyle was a life member of VFW Post 6598, helping veterans and the community in the Roane County area through brotherly comradery, fund raising, and community service. Every spring, he looked forward to planting his vegetable garden and tending his fruit trees and fish pond. Throughout the years, Doyle restored many cars including a 1954 Mercury.

Doyle was a member of Elizabeth Baptist Church. He was preceded in death by his parents, Carl and Savannah (Goodman) Garrett and sister-in-law, Ella Garrett.

Doyle was a loving Dad and Grandpa. His kindness of spirit and generosity of heart will be deeply missed by all who knew him.

The family will receive friends Wednesday, April 24, 2019 at Schubert Funeral Home, Wartburg, Tennessee from 2:00-4:00 p.m.  Funeral Services will follow at 4:00 p.m. with Brother Buster Armes officiating. Honors will be given by the Tennessee Highway Patrol. The interment will immediately follow at Elizabeth Church Cemetery, in the Gobey Community, Lancing, Tennessee. Military graveside services will be provided by the American Legion Post 149.

Schubert Funeral Home is honored to serve the family of  Allen Doyle Garrett.

Your browser does not support this video format. You should be able to view it in Chrome, Safari or Internet Explorer.
To order memorial trees or send flowers to the family in memory of Allen Doyle Garrett, of Wartburg, TN, please visit our flower store.
Send a Sympathy Card