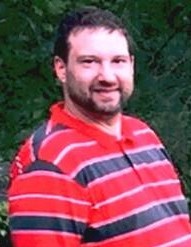 Ashley Carl Stewart age 41, of Gobey, passed away December 31, 2021. He is with his heavenly Father now. He was a member of Elizabeth Baptist Church. Ashley was a loving and kind man with a wonderful sense of humor. He could always bring a smile and laugh to others. He will be missed by many.

It was Ashley’s wishes to be cremated and his ashes to be scattered at his favorite campsite at his home.

The family will honor his wishes. Services and visitation will be held Tuesday January 4th, from 5-7pm with Brother Tim Hamby , Ashley’s life-long friend and Brother Buster Armes officiating.

Schubert Funeral Home is honored to serve the family of Ashley Carl Stewart.

To order memorial trees or send flowers to the family in memory of Ashley Stewart, of Lancing, TN, please visit our flower store.