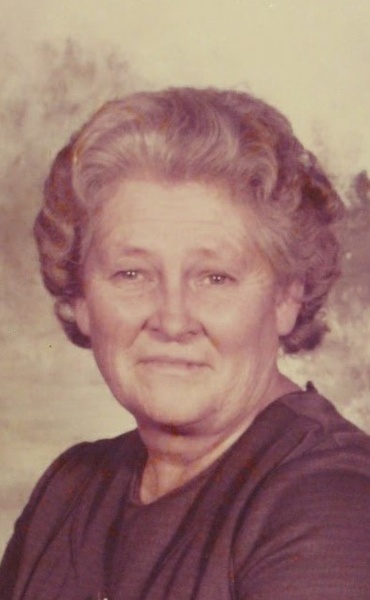 On Aug 13, 2019, after three years of separation, Bertie Adams was reunited in death with her late husband of 77 years, Kenneth Adams.  More importantly, they are together in the presence of our Lord and Savior Jesus Christ.

She was a member of Pleasant Green Church of the Nazarene in Chestnut Ridge. She was a loving wife, mother, grandmother, and great-grandmother who cared deeply for her family.

She made the best home-made yeast rolls that have ever existed and always made sure her family had eat “plenty” prior to leaving her house.

She was a hard-working woman who took no issue to working alongside her husband in their numerous gardens. She canned enough food to last a lifetime and took pride in her ability to grow just about anything. She was especially proud of the beautiful things like her snowball bushes.

Her presence will surely be missed but we rest in the comfort that she has a new body and is experiencing the Jesus that she told us all about.

The family will receive friends Saturday, August 17, 2019 at Schubert Funeral Home in Wartburg from 12-2 pm with funeral to follow at 2pm. with Pastor Art Oakes officiating.  Interment will follow at High Point Cemetery in Deer Lodge.

Schubert Funeral Home is Honored to serve the family of Bertie Adams.

To order memorial trees or send flowers to the family in memory of Bertie Adams of Deer Lodge, TN, please visit our flower store.