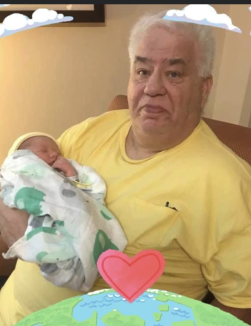 Bryan is of the Baptist faith and spent his formible years with his family at the First Baptist Church in Wartburg.  He was an avid sports fan and enjoyed watching his favorite teams play on TV.  Family was very important to him, and he enjoyed the time he spent with his grandchildren.

Bryan is a Veteran and spent 18 years in the United States Army from 1964 to 1982.  He spent 2 years of that tenure overseas in Germany and also served on the staff of a Lt. Colonel at the Pentagon.

He had a varied work history, including retail, marketing positions, employment at Brushy Mountain Prison and as a delivery driver.

He is preceded in death by his parents, Garnet & Edna Sanderson and infant son, Robert Sanderson.

The family is honoring Bryans wishes to be cremated.  A private family memorial will be held at a later date.

Schubert Funeral Home is honored to serve the family of Robert Bryan Sanderson.

To order memorial trees or send flowers to the family in memory of Bryan Sanderson, of Sevierville, please visit our flower store.