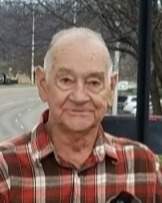 Charles F. Cashion, Jr, 86, of Cullman, Al passed away peacefully on November 4, 2022. His funeral service will be Wednesday, November 9, 2022, at the Cullman Heritage Funeral Home.

Charles was a kind and loving husband to his wife Rebecca Cashion, as well as an exceptional father to a son, Charles (Toni) Cashion of Mount Juliet, Tn, a daughter, Melissa (Anthony) Salinas of Bastrop, Tx, a step-daughter, Tammy (Kevin) Ryan of Cullman, Al and step-son, Joe Richardson of Missouri and nephew, Terry (Michele) Cashion of Smithville, Tn. He had five grandchildren and five great grandchildren. He was an amazing big brother to, Faye Cashion, Debbie Cannon and William (Michelle)Cashion.

Charles was an independent, hard-working and active man. He was a band member, as well as a co-manager of the football team at Sunbright High School, 1951-1955. He enjoyed camping and spending time in the country at the lake, fishing and trips to the casino. He was loving, caring and strong; traits he carried throughout his life.  Charles was a veteran of the US Army and was an OTR driver for Roadway.  Everything he did, he did so with pride and dignity.

Charles loved and lived for his family, but family was not only blood to him.  He was many people’s “Son”.  There was nothing he wouldn’t do for a friend or neighbor.

Charles’ legacy will live on in the hearts and minds of all who knew him.

Schubert Funeral Home is honored to post the obituary for Charles F. Cashion.

To order memorial trees or send flowers to the family in memory of Charles Cashion, of Alabama, please visit our flower store.