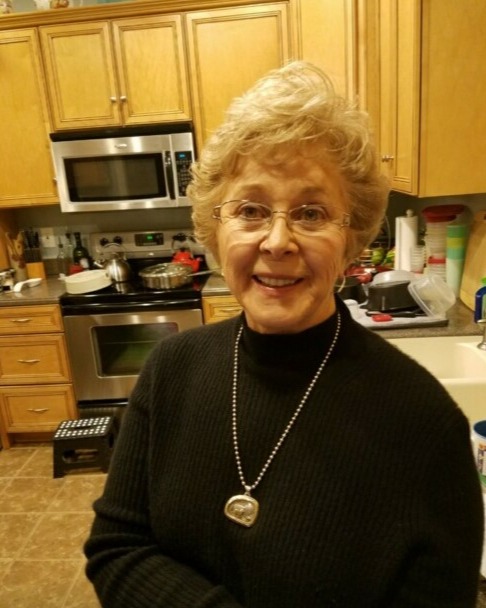 Born in Wartburg, Tenn., on July 22, 1940, to the late Foy and Hattie Tilson, Charlotte taught elementary school for 35 years and was a longtime member of Bayside Baptist Church. Those two institutions—the school and the church—were the source of her dearest friendships, of which she had many.

Charlotte is survived by her husband, James Joseph “Joe” Boshears Sr., whom for 56 years she made a better man. She loved him, fed him, laughed with him, laughed at him, and traveled alongside him all over this country and several others. They saw the world in pick-up trucks, Euro vans, tour buses, pleasure boats and cruise ships.

She is also survived by her son, James Joseph “Joe” Boshears Jr., whom she raised to be fiercely intelligent, dangerously generous and preternaturally empathetic—which is to say, just like her. Joe Jr. followed his mother into a career as an educator and became an U.S. Army Reserve Chaplain to boot.

Charlotte leaves behind two grandsons, Tilson, 15, and Emory, 9, whom she adored and spoiled rotten, just like a good “Nana” should. She is also survived by daughter-in-law Jenifer Lee Boshears of Harrison, Tenn.; sisters Roberta Mehlhorn (Philip) of Joyner, Tenn., and Shelby Burgess of Dunlap, Tenn; and sister-in-law Norma Jean Boshears of Nashville.

Charlotte is preceded in death by her sister Ruby Pass and sister-in-law Frankie Black.

Charlotte was considered a “second mom” by many of her nieces and nephews, and she was a friend, mentor and confidant to dozens of teachers who worked with her over the years. Among her expansive circle of family and friends Charlotte was renowned for copious coffee consumption and plainspoken candor. In conversation, be it inside a teacher’s lounge or around a kitchen table, she had a gift for delivering hard truths with a dusting of sugar and always, without fail, finding something nice to say about everyone.

Charlotte attended Central High School in Wartburg and received a B.A. in Education and an M.Ed. at the University of Tennessee at Chattanooga. During her 35 years as an educator, she taught 1st and 2nd grades at Chickamauga, Spring Creek, Harrison and Wallace A. Smith Elementaries, impacting the lives of more than a thousand children in the community where she lived. (Including one who would later write her obituary while sitting at the breakfast counter of a Waffle House, trying hard not to cry.)

She will be laid to rest Friday, Sept. 9, at Lakewood Memory Gardens East in a private ceremony.

You are invited to share your condolences or a personal memory of Charlotte at her online memorial located at www.companionfunerals.com.

To order memorial trees or send flowers to the family in memory of Charlotte Ann Boshears, of Harrison, TN, please visit our flower store.