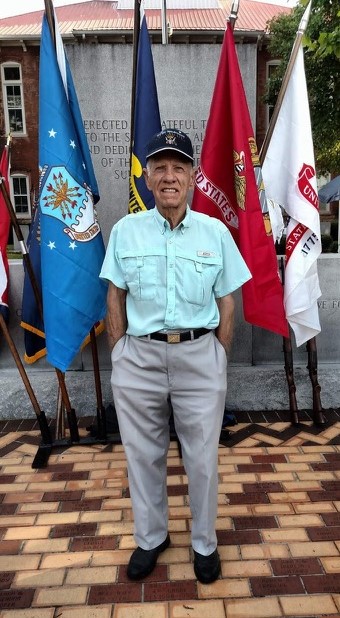 David Samuel Human, age 87, of Lancing passed away Monday, January 25, 2021 with his family by his side.  David was a loving husband, father, grandfather, brother, and friend.

He was a veteran of the United Stated Army, Navy and U.S. Coast Guard/Merchant Marines.  It was an honor to him to serve his country.  David loved his family dearly on any given day you would find him spending time with his daughters, grandchildren, and great grandchildren or out in God’s country hunting hogs or riding four wheelers with his friends.

Friends and family are welcome to come by and pay their respects between the hours of 11:00 am and 5:00 pm, Thursday, January 28, 2021, at Schubert Funeral Home in Wartburg.  Funeral and graveside services will be private.

Schubert Funeral Home is honored to serve the family of David Samuel Human.

To order memorial trees or send flowers to the family in memory of David Human of Lancing, TN, please visit our flower store.
Send a Sympathy Card