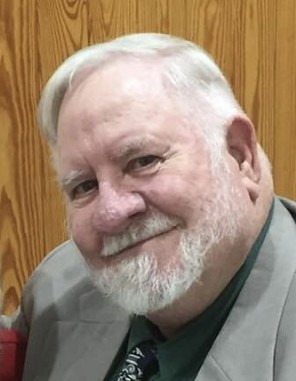 David Eugene Poland went to be with the Lord on November 4, 2021. He was born to David Benjamin (Dugger) and Mary Frank Poland in Harriman, Tennessee on June 6, 1949.

As a teenager, David moved to Michigan City, Indiana in pursuit of employment. It was here that he began his career working with the Southshore Railroad - a journey that lasted more than two decades. Shortly after moving to Indiana, he met and married the love of his life, Cynthia Poland, with whom he spent the next 50 years building a life and legacy. The two moved back to Tennessee in 1997 where David spent his remaining years. Together, David and Cynthia raised two children and doted over 5 grandchildren and 4 great-grandchildren. He always enjoyed his visits to and from his many friends and family members from all across the United States.

David’s down-to-earth personality, witty sense of humor, and infectious laugh brought smiles to the faces of all who knew him. He was a true southern gentleman that his family was blessed to call their own.

The family will receive friends Tuesday, November 9, 2021 at Schubert Funeral Home in Wartburg from 4-6:00 p.m. with funeral to follow at 6pm with Bro. Doug White officiating. Graveside services will be at Emory Heights Cemetery in Harriman on Wednesday, November 10th at 11:00 a.m.

Schubert Funeral Home is honored to serve the family of David Poland.

To order memorial trees or send flowers to the family in memory of David Poland of Wartburg, TN, please visit our flower store.
Send a Sympathy Card