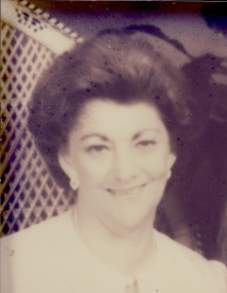 
She was preceded in death by her husband of 38 years Gene Igou her Father Vernon Mimms Sr. her  Mother Mamie Lane Mimms and her three siblings Vernon Mimms Jr., Mary Mimms Lawing and Sallie Jansch.


Dru was born in Chattanooga TN. and grew up there. She and Gene moved to Memphis in 1953 after Gene graduated from college. After Gene's death, she moved to Collierville TN where she lived until 2005 when she moved into sister Sallie's house
to recuperate from the first of several strokes.  She and Gene joined and attended Longstreet United Methodist church in south Memphis in the early 1960's. She remained a member there until 1998 when she joined Collierville United Methodist Church after moving.

To order memorial trees or send flowers to the family in memory of Drucilla Igou, of Wartburg, TN, please visit our flower store.