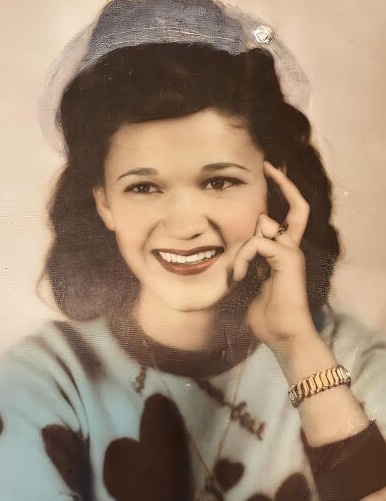 Edna Faye Terry Morgan, 88, of Copperas Cove passed away Monday, December 20, 2021, at home surrounded by her husband and four children.

Faye was born on July 5, 1933, in Oneida, Tennessee to John Sherman and Erna Maye (West) Marcum. Faye grew up in Oneida and graduated from Oneida High School in 1951. During her time in high school, Faye was crowned Miss Oneida and Miss Scott County.

She married Luther Terry Jr on February 20, 1951, and they later moved to Fort Knox, Kentucky after Luther returned from Korea. Faye moved all over the world while supporting Luther’s military career and raising a family. They eventually settled in Copperas Cove in 1974. In 1978, Faye attended Central Texas College and studied psychology.

Faye married Thurman Morgan on October 27, 1979, in Copperas Cove and briefly moved back to Tennessee.

Her children were blessed to have a devoted homemaker. Her home was a safe place for all her children and grandchildren from the time they were born.

Faye loved the Lord and attended First Baptist Church of Copperas Cove. She loved her family, animals, gardening, long rides in the country, and the Dallas Cowboys.

Faye was preceded in death by her parents, John and Erna Marcum and the father of her children, Luther Terry Jr.

To order memorial trees or send flowers to the family in memory of Edna Terry-Morgan, formerly of Morgan County, please visit our flower store.