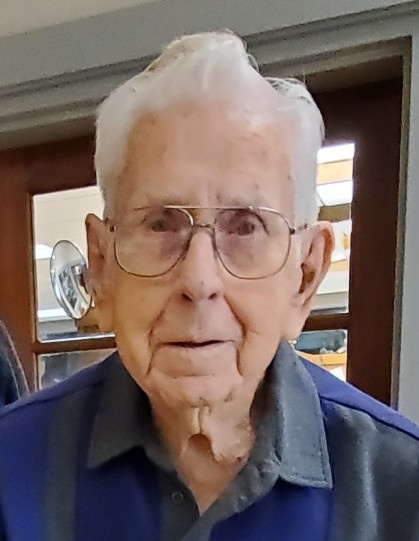 He is survived by his son and daughter-in-law, Steve and Teresa Cochran of Harriman; by his sister Faye McCartt (Robert) of Harriman, TN; brother-in-law Wayne Honeycutt (Rena) of Ft. Oglethorpe, GA, extended Cochran and Honeycutt family nieces and nephews; his best friend Melissa Burney (Ray) of Harriman; and his beloved Piney Baptist Church (Oakdale, TN) family.

Bud was married to Maxine, a beautiful, caring and wonderful woman and he loved her beyond measure with the sure knowledge that she loved him. Their love story began in the Harriman Halls Dime Store where they both worked at a young age. As told by Maxine, “Bud followed me around at work all the time and would never talk much but I knew he liked me. He would climb a ladder to put in lights or fix the fan or something and stay longer up over my counter where I worked so he could watch me. If he had to sweep or mop, he took longer where I was at, working.” Eventually he asked her out for a date. Years later celebrating their 65th anniversary at Piney Baptist Church, the pastor asked Maxine how a marriage could last so long. In front of the congregation she replied, “I must be crazy.” Well, they were crazy for one another.

Bud served in the U.S. Navy in World War II for forty-six months. He was on the U.S.S Missouri and was a Gunner’s Mate. In January 1947, Bud was on the ship traveling from Rio de Janeiro, Brazil to Norfolk, VA with President Harry S. Truman and family onboard.

Bud worked at the Oak Ridge K-25 Plant as a foreman for 37 years. He and his wife also worked many hours as devoted members of Piney Baptist Church. He served in many roles in the church including the Sunday School Secretary and Trustee. He filled his desk candy dish every Sunday for the children (and adults) and enjoyed greeting everyone walking by his desk. He considered his Church his family.

Bud was a quiet and humble man, always doing for others. He was from the “Greatest Generation” that worked hard, learned to build and create; sacrifice and share. He was talented, intelligent, committed and dependable; tough and tender. All these qualities inspired all who loved him.

The family appreciates the prayers, cards, and kindness during this time shown by friends and neighbors as well as the excellent care and respect shown by the staff at Signature Healthcare of Rockwood Rehab and Wellness Center. In lieu of flowers, donations may be made to Piney Baptist Church, P.O Box 174, Oakdale, TN 37829.

There will be no receiving of friends due to safety precautions for the current pandemic. A private graveside service will be conducted. Let us not forget that Jesus is the ‘Reason for the Season.’

To order memorial trees or send flowers to the family in memory of Elbert "Bud" Cochran, of Harriman, TN, please visit our flower store.
Send a Sympathy Card