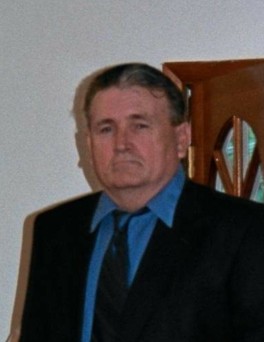 David “Frank” Windham, 67, of Coalfield, passed away peacefully on Monday, December 27th, 2021, in his childhood holler home that he loved with his whole heart. He was a member of Big Mountain Baptist Church, and he’d be the first to tell you he talked with God too when he was out in nature, especially while roaming the woods, hills, and mountainsides surrounding Gouge Hollow, his old homeplace, with his brothers and sisters.

He worked at the 76 and Hagman’s Truck Stop in his younger days, and he spent many years making wonderful memories while working at Ivis’ Grocery Store in Coalfield, where he enjoyed watching multiple generations of kids grow up (and “spoiling them” along the way).

He was deeply interested in the paranormal, and he started an online group that focused on it, creating a safe space for members to share their personal experiences. He loved all the members as a second family. He was also passionate about genealogy, tracing his family lineage back several generations, and he was a proud member of the Coalfield Genealogy group, helping trace lineages of the Coalfield community and documenting local history.

Frank was a great man and even better father, husband, brother, uncle, son, and friend. He was known for his big heart and quick wit. If you knew him, you loved him… and he loved you. He believed in making room for everyone, and no matter how many people he had in his heart, there was always room for one more. He will be missed deeply by all who knew him, and we’ll continue to keep his memory and legacy alive by loving like he did.

He is survived by a host of great nieces and nephews, whom he loved dearly and claimed as his own as well.

The family would like to extend their appreciation to all those who’ve been involved in his care over the years and his remaining days, especially Jonathan and the entire staff of 3 West at Methodist Medical Center of Oak Ridge, Morgan County EMS, Dr. Thomas Allen and his staff, Amy Russell, and Covenant Home Health Services.

The family will receive friends Wednesday, December 29, 2021 at Schubert Funeral Home in Wartburg from 5:00-7:00 p.m. with the funeral to follow at 7:00 p.m. with Bro. David Coffman officiating.  The burial will be arranged for a later date.

Schubert Funeral Home is honored to serve the family of David “Frank” Windham.

To order memorial trees or send flowers to the family in memory of Frank Windham, of Coalfield, TN, please visit our flower store.
Send a Sympathy Card