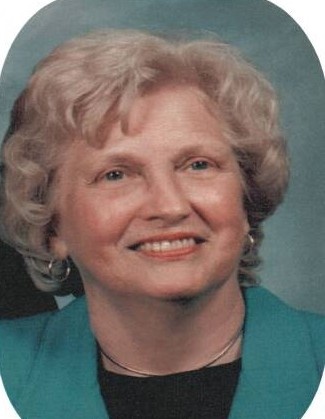 Gladys Marie Bingham Langley, 90, passed away Friday February 5, 2021. She was a resident of the Union/Joyner community of Wartburg. She was born September 4, 1930 in the White Oak community of Oakdale, TN. She was preceded in death by her husband of 64 years, James Reece Langley, her parents Ellis Eugene Bingham Sr. and Marie Redmon Bingham, brothers Ellis Bingham Jr. and William (Bill) Bingham, sister and her husband Georgia Bingham Shelton and Roy Shelton, brother in law Russell Chapman, father and mother in law James and Edith Langley, brother in law Phil Navas, sister  in law and her husband Alma Langley Jones and Raymond Jones, brother in law and his wife Darrell Langley and Peggy Langley.

Gladys was a homemaker for most of her life. In years past she worked at Chase Drugs, Burlington Hosiery and Red Kap. Gladys and Reece were married on December 20, 1953 at White Oak Baptist Church, Oakdale. One of their favorite things to do since the 1960’s was attending Vols football home games. During retirement they took their grandchildren on many outings; traveled by bus and by car to many locations over the United States and Canada. They attended 3 World Fairs. Gladys loved gardening and tending to her flowers. She was known as a prolific card sender with encouragement for their recipients. Sending cards at Christmas, birthdays, graduations, at time of death or just to let someone know she was thinking about them. She loved cooking for her family and taking meals or dessert to neighbors or friends. For many years Gladys would have parties for extended family on New Years’ Eve and the Fourth of July. She was all about people.

Gladys was a member of Liberty Baptist Church. She loved singing in the choir. Her father taught her and all her siblings shape note music and how to sing four part harmony gospel music. She also played the piano by ear.

The family will receive friends Monday February 8, 2021 from 6-8 P. M. at Schubert Funeral Home in Wartburg. The funeral service will be held Tuesday February 9, 2021 at 1:00 P.M. at Liberty Baptist Church in Wartburg. The burial service will follow at the Union Church Cemetery in Joyner. Services will be officiated by Rev. David Acres and Dr. Paul Frick. Pall bearers are Andrew Langley, Aaron Powell, Andrew Raulston, Steven Starbird, Wayne Langley, Mike Smithers and honorary pall bearer Shawn Langley. In lieu of flowers, donations may be made to the Liberty Baptist Church building fund.

Schubert Funeral Home is honored to serve the family of Gladys Langley.

To order memorial trees or send flowers to the family in memory of Gladys Bingham Langley, of Wartburg, TN, please visit our flower store.