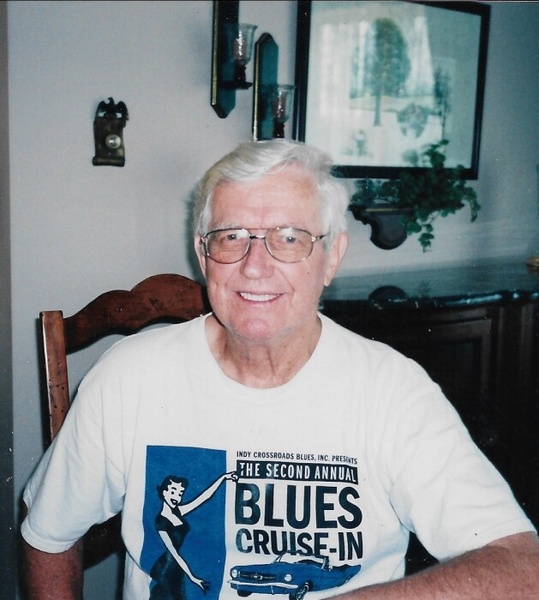 Herbert Luther Howard, our beloved brother, husband, father, grandfather, and great-grandfather passed away on January 7, 2021. Herb was born in Lancing, TN to Lindsey and Jennie (Cox) Howard on Feb.16, 1932. He graduated salutatorian of Sunbright High School but always proudly referred to himself as a Tennessee Hillbilly that grew up shooting carbide and playing fireball.  During the Korean conflict, Herb served in the US Army as a radio operator in Germany. Many years later he was able to celebrate his service by joining an Indy Honor Flight to Washington, DC.  The experience on the honor flight gave him a renewed sense of the value and honor of his service to his country, and from that day on he proudly displayed a “Korean Era Vet” on the back of his vehicle.  A lifelong Republican, he also volunteered as a poll worker.

Upon his return from Germany, he resumed his work at IPL, where he started as a meter-reader.  He continued with IPL for forty-two years, eventually reaching the position of Collections Manager.  Herb was a hard worker, often working two or more jobs. After he retired from IPL, he was active in the IPL Luminaries, a service organization of IPL retirees.

Herb was a man of deep faith, and a model of Christian love to all who knew him. He served

faithfully for many years as a deacon of Lifegate Baptist Church, overseeing the congregation, taking care of the grounds, coaching the ladies' softball team, and singing in the choir. Later he attended Chapel Rock Christian Church. Herb was generous with his time and money, always happy to help family and friends.  Herb married Marcella Eastham on June 17, 1955, and they were virtually inseparable. He enjoyed traveling with Marcella and their two sons, Jeff and Greg. Among their adventures were trips to New Orleans, the Grand Canyon, the redwood forests of California, and a return visit to Germany.  Herb and Marcella enjoyed trips on their own as well, journeying to Nantucket Island and Jackson Hole, Wyoming. Occasionally they would take shorter trips on their Goldwing motorcycle.  Herb was an avid sports fan, and when he wasn't watching his beloved University of Tennessee Volunteers, he would attend Indianapolis Indians and Fever games. When he was out and about, he would listen to sports talk radio whenever he couldn't find good bluegrass music to listen to. He also

enjoyed playing golf with his grandson Adam, and spending time with his great-grandchildren. He also enjoyed occasional lunches with his ROMEO (Really Old Men Eating Out) group.

Edgar, Lincoln, and sisters Mae, Judy, Beatrice, Reba. He is survived by his brother Clifford, his sister Rosalie, wife Marcella, sons Jeff and Greg, grandson Adam, and great-grandchildren Josh, Evelyn, and Daniel, as well as numerous nieces and nephews.  Calling will be held Sunday January 24, 2021 at Flanner Buchanan-Speedway 2950 N High School Road Speedway, IN 46224 from 3-6pm. A limited-occupancy memorial celebration and funeral service for Herbert will be held on Jan 25 at 11am. In lieu of flowers, donations maybe made to the Indy Honor Flight Organization at www.indyhonorflight.org/donate.  Entombment will be in Floral Park Cemetery.

To order memorial trees or send flowers to the family in memory of Herbert Howard, formerly of Lancing, TN, please visit our flower store.
Send a Sympathy Card