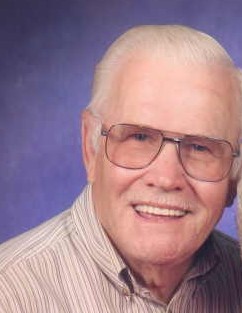 Howard was born on July 23, 1932. He was a Korean War veteran actively serving in the military March 16, 1953 - January 7, 1955 and worked for Plateau Electric for 28 years before retiring.  He was also an active member at Pilot Mountain Baptist Church for many years. Howard served as Justice of the Peace, Election Commissioner, County Commissioner a founding member of the Rescue Squad and was also a board member of the Morgan County Fair Association.

The family will receive friends Thursday, June 13, 2019 at Schubert Funeral Home in Wartburg from 5:00 – 7:00 p.m. with the funeral to follow at 7:00 p.m. with Bro. Charles Webb officiating.  Graveside service will be at 11:00 a.m. Friday at Forrestner Cemetery in Lancing.

Your browser does not support this video format. You should be able to view it in Chrome, Safari or Internet Explorer.
To order memorial trees or send flowers to the family in memory of Howard Human, of Lancing, TN, please visit our flower store.
Send a Sympathy Card