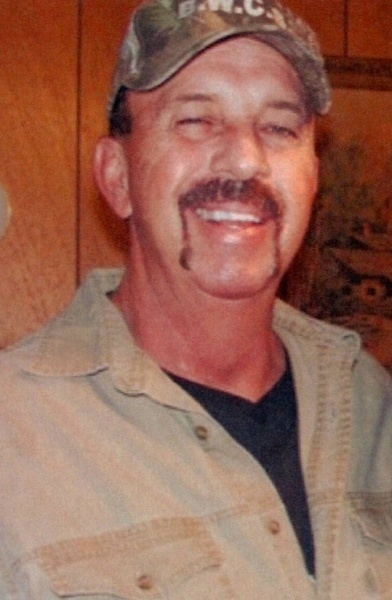 James Brett “Spiderman” Armes, age 59 of Wartburg, TN, a life-long truck driver, made it to his final stop on March 10, 2019, when he rolled through the Heavenly gates on 18 wheels.  He was born on July 14, 1959 to Weldon and Doris Armes and was the youngest of six sons.  He was of the Baptist faith.  At his passing he was surrounded by his loving family and a host of close racing friends.  During his hard fought battle with lung cancer he maintained his sense of humor, his independence, and kept the hammer down until the very end.

James B. passed down his passion for racing, fast cars and big trucks to all his children and grandsons.  We cherish our childhood memories of trucking with Dad.  He was actively involved in all aspects of Team Petros dirt racing as the Team Petros Dad.  He was proud to have guided his son and son-in-law to starting their own trucking businesses.  He often joked that no decision was made in Team Petros or the trucking businesses without his sign off and always with a huge grin on his face.  He loved spending time with his grandsons and let them run wild around the garage.  He found relaxation in detailing his vehicles.  He was rarely seen without a Winston and an ice cold Coca Cola.

Our hearts are broken at the loss of our beloved Dad, grandfather, friend and hero.  It’s devastating to see him leave this Earth but he will never leave our hearts.  We’re all proud to continue his legacies.  We love you Spiderman, keep on truckin’.

The family will receive friends Thursday, March14, 2019 from 6:00-8:00 p.m. at Schubert Funeral Home in Wartburg.  The funeral will follow at 8:00 with Bro. Kevin Ward, Bro. Luke Ward and Bro. Lee Phillips officiating. Graveside services will be Friday, 11am at the Liberty Cemetery, Wartburg, TN

Your browser does not support this video format. You should be able to view it in Chrome, Safari or Internet Explorer.
To order memorial trees or send flowers to the family in memory of James Armes, of Wartburg, TN, please visit our flower store.
Send a Sympathy Card