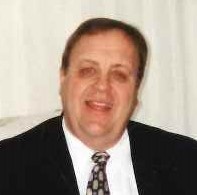 James Wesley Richardson, 70, of Riverside OH, passed away January 11, 2019 at his residence. He was born on January 29, 1948 in Morgan County, TN to Walter and Bessie (Terry) Richardson. James married his beloved wife of 50 years Carol Diane Brazelton on January 26, 1968.

James accepted God’s call to preach as a teenager at Moraine Heights Baptist Church and began pastoring at the age of 20. James and his wife Carol humbly served together for 41 years of ministry in the Dayton area at Belmont Baptist Church (Dayton), Sugarcreek Baptist Church (Bellbrook), Riverview Baptist Church (Miamisburg), and Fairview Baptist Church (Dayton). He also served as a chaplain at Good Samaritan Hospital. James graduated summa cum laude with a Bachelor of Arts degree in history from Wright State University. He loved studying history and following Cincinnati Reds baseball and Ohio State football. At all times, James was a loving husband, a dedicated father and a devoted grandfather who had a special bond with each of his five grandchildren.

James was preceded in death by his parents, Walter and Bessie (Terry) Richardson. He is survived by his wife, Carol (Brazelton); his daughter, Elizabeth and Charles Brads; his sons, Travis and Christina Richardson, and Jacob and Rachelle Richardson; his grandchildren, Charles and James Brads, Jared Richardson, Conley and Londyn Richardson; his brothers, Harold and Rhonda Richardson, and Terry and Peggy Richardson; his sister, Faye and Jack Taylor; and many loved nephews, nieces, cousins and friends.

In lieu of flowers the family requests donation be made to Hospice of Dayton (Ohio’s Hospice), 324 Wilmington Avenue, Dayton, OH 45420.

To order memorial trees or send flowers to the family in memory of James Richardson, of Riverside, OH, please visit our flower store.
Send a Sympathy Card