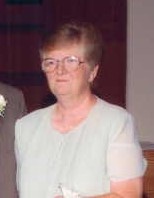 
She is preceded in death by her parents, Woodrow and Flossie Stringfield Garrett.


The family will receive friends Monday, May 6th from 5:00-7:00 p.m. at Schubert Funeral Home in Wartburg. A graveside service will be held at 11:00 a.m. on Tuesday, May 7th at Elizabeth Church Cemetery in Lancing. Pastor Matthew Ward of First Baptist Church of Wartburg will be officiating.

Your browser does not support this video format. You should be able to view it in Chrome, Safari or Internet Explorer.
To order memorial trees or send flowers to the family in memory of Judy Sims, of Lancing, TN, please visit our flower store.