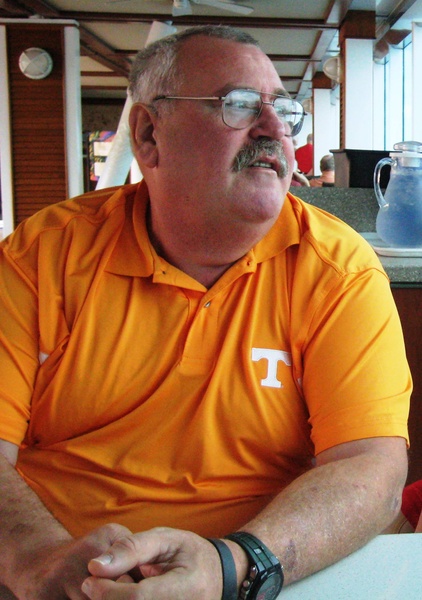 Kelvin Patrick Rice went to his heavenly home on Saturday, July 23, 2022. He was born on September 30, 1960, in Lake City, Tennessee. Being a lifelong resident of Oak Ridge, he was an avid Wildcat Fan as well as a devoted fan of UT Football. Kelvin immensely enjoyed wildlife (especially birds) as well as fishing and hunting. Some of his happiest times were spent at “The Deer Camp” with other hunting buddies. Even when he moved to the LifeCare Center of Morgan County he stilled loved gardening and each year planted tomatoes (sharing them with residents and staff).

Being a strong believer in Jesus Christ, Kelvin attended Big Mountain Missionary Baptist Church. When unable to physically attend, he never missed listening to services and then sharing on social media and with other residents. For many years Kelvin was proud to be licensed as an Amateur Radio Operator. He was honored to be an American, never hesitating to share his patriotism, and was active in local politics.

Before his health declined and he was forced to medically retire from his positions, Kelvin worked as a member of the Rescue Squad and served as a Corrections Officer at the Anderson County Detention Facility. The Board of Commissioners of Anderson County declared Friday, November 22, 2019, as “Kelvin Rice Day” for his relentless dedication and commitment to Anderson County for over two decades. He was a vital member of the Jail Planning Committee, and it was noted that perhaps his greatest accomplishments came from his membership on the Anderson County Beer Board where he worked tirelessly towards preventing underage drinking.

Kelvin is survived by his birth mother Lucille Eargle; sisters Mary Nell Dornan and Pamela LaFosse (Jerry); brothers Charles (Marita) and Tony (Karen) and sister-in-law Judy Rice as well as a host of nieces and nephews.

A memorial service led by his brothers Charles and Tony Rice will be planned for a later date.

Schubert Funeral Home is honored to serve the family of Kelvin Rice.

To order memorial trees or send flowers to the family in memory of Kelvin Rice, of Oak Ridge, TN, please visit our flower store.