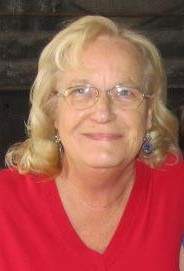 Marjorie Vogt passed away October 22nd, 2018 at Memorial University Medical Center in Savannah, GA surrounded by loved ones. She was born June 9th, 1947 in Oakdale, TN to Mona (Morgan) and Noah Bolden in the home of her beloved grandparents Ida (Taylor) and Lee Morgan. Her father Noah was killed when she was two years old. Her mother Mona remarried to Bob Jones whom she called Dad the rest of her life. She was of the Baptist faith and a member of Liberty Baptist Church in Wartburg, TN. She was a graduate of Wartburg Central H.S. (1965), The University of Tennessee (B.S. 1977), and the University of South Carolina after retirement (M.S. 2015). More than anything, she was a loving Mother, Grandmother, Great-Grandmother, Sister, Daughter, and friend.

Marjorie was an educator and a world traveler with a gypsy heart. She spent over 30 years teaching elementary and middle school children all over the world. She was gifted in her craft and taught in schools in Tennessee, Georgia, Kentucky, and South Carolina. In 1984 she was hired to teach U.S. military dependent children overseas with the U.S. Dept. of Defense Dependent Schools (DoDDS) in West Germany (1984-90) and in Spain (1993-1997). She was also the first woman to work at Brushy Mountain State Penitentiary (1971-72).  She loved warm weather and moved to Walterboro, South Carolina in 2001 where she has friends and has resided ever since.

The family will receive friends Saturday, October 27, 2018 from 12:00 to 1:00 p.m. at Liberty Baptist Church in Wartburg with the funeral to follow at 1:00 with Bro. David Goodman officiating. Interment to follow in the Liberty Church Cemetery in Wartburg.

Schubert Funeral Home is in charge of the arrangements for Marjorie Sue Vogt.

To order memorial trees or send flowers to the family in memory of Marjorie Vogt formerly of Wartburg, TN, please visit our flower store.