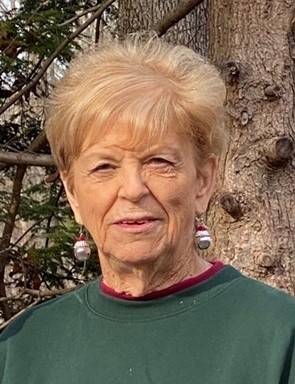 Marylee Thompson returned home May 2, 2020.  She was born August 1, 1941 in Toronto, Ohio.  She was the daughter of Harry James McAvoy and Janette Henry McAvoy McClave.

She is preceded in death by her parents and her husband, Bob Thompson.

Marylee was called to help others throughout her life, training as a nurse and serving in the Army but ultimately retiring from the Minerva Police Department.  She then moved to Myrtle Beach, SC. where she worked as a Volunteer Coordinator for the Grand Strand Community Against Rape.  When she finally retired, she moved to Tennessee to be more involved in her great grandchildren’s lives.

As a member of ORUUC, Marylee devoted herself to skills she’d learned as a police office serving on the safety team and advocating for the rule of law via the sanctuary SMA, which seeks to minimize unjust actions.

The family is honoring Marylee’s request for cremation.  A memorial service for friends will be held at a later date.

Schubert Funeral Home is honored to serve the family for Marylee Thompson.

To order memorial trees or send flowers to the family in memory of Marylee Thompson of Harriman, TN, please visit our flower store.