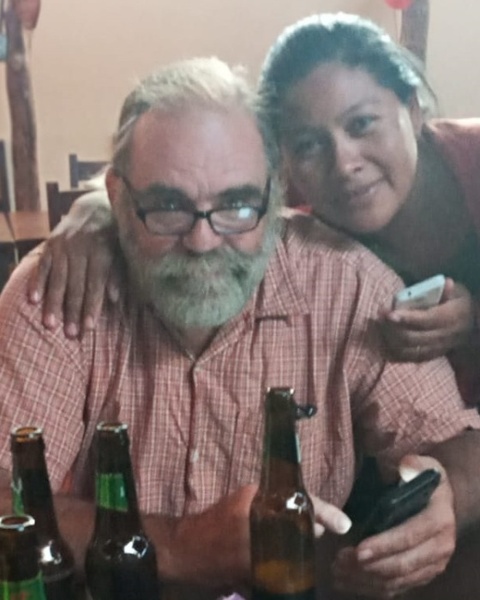 Patrick Rodriguez, aka “Cowboy” passed away bravely on January 24, 2022 in the Intensive Care Unit at CMC in Crossville, Tennessee. He was a lifelong conscientious objector to conscription in the societal-industrial complex, who became collateral damage in the political and policy battles over Covid.

A free thinker and a hard worker, Patrick was expelled from one parochial, two public, and one private school before the age of sixteen. He subsequently embarked on a continuous course of independent study in the applied sciences, majoring in mechanics, physics, and advanced jerryrigging. His career consisted of building, fixing, and transporting actual things, while enjoying a social life offline, in town, and on the road. He was a voracious reader and enthusiastic debater who concluded that it is not a theory if there is evidence of a conspiracy all around you.

Patrick was baptized in the Catholic Church and received the last rites shortly before his last breath. In the intervening years, he was faithful, hopeful, and charitable.

His father, Phil, died suddenly when Patrick was seven years old. He is survived by his mother Mary, son Phil, sisters Annie and Connie, and his girlfriend Mayulet.

His family would like to thank the nurses, doctors, and priest who cared for him in his last days, and to extend their gratitude to his community of friends in Tennessee and beyond who always extended a warm welcome to Patrick over the years.

Patrick’s family is honoring his wishes for cremation. In lieu of flowers, do a friend a favor, stop to help a stranger, tell your family you love them, and remember to check the oil.

Schubert Funeral Home is honored to serve the family of Patrick “Cowboy” Rodriguez.

To order memorial trees or send flowers to the family in memory of Patrick Rodriguez, of Deer Lodge, please visit our flower store.
Send a Sympathy Card