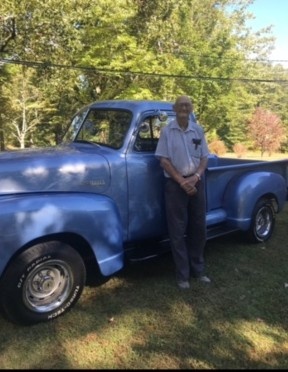 Ross Howard, age 88 of Sunbright, TN went to be with his Lord and Savior on Friday, December 17, 2021, at Ben Atchley’s VA Nursing Home in Knoxville, TN.

He was preceded in death by his wife of 57 years, Earlene Howard; Parents, Roy and Beatrice Howard and special aunt and uncle, Adra and Martin Galloway who raised him; brothers, Raymond Howard and Gaylon Howard; and Sisters, Eula Hamilton, Christine Butcher, and Wanda Dodd.

He was a longtime member of Sunbright United Methodist Church. Ross also served as CPL in the U.S. Army where he trained for the Korean War. He belonged to the Mountain Shadow Cruisers Club where he spent many years doing car shows and parades in his 1952 Chevrolet truck with many special car club friends.

The family will receive friends Tuesday, December 21st, from 10AM to 12 PM at Schubert Funeral Home in Sunbright. Funeral services will follow at 12 PM with Tom Robbins officiating. Interment will follow in the Sunbright Cemetery with military honors, American Legion Post #149.

Schubert Funeral Home is honored to serve the family of Ross Howard.

To order memorial trees or send flowers to the family in memory of Ross Howard of Sunbright, please visit our flower store.
Send a Sympathy Card