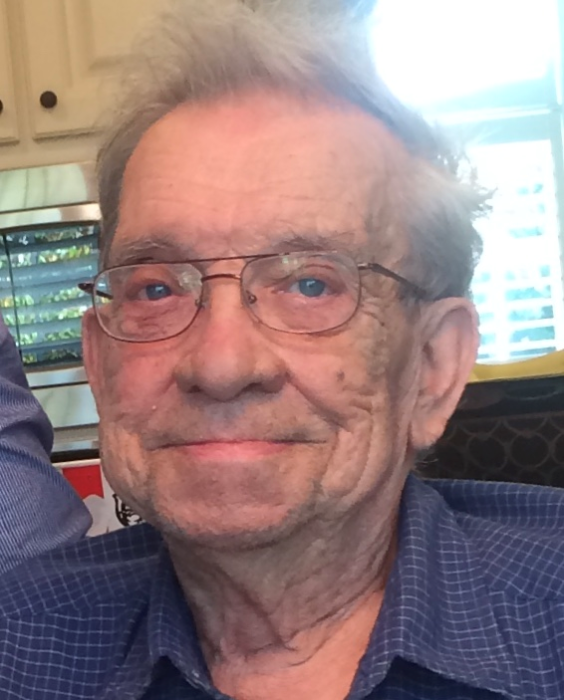 Funeral services for Samuel Henry Jones, age 84, of Kinston, North Carolina and formerly of Lancing, Tennessee and Monterey, Tennessee, will be conducted on Saturday, June 1, 2019 at 1:00 PM Central Time (2:00 PM Eastern Time) from the Chapel of Goff Funeral Home in Monterey, Tennessee with interment to follow in the Lane Cemetery in Lancing, Tennessee.  Mr. Jones was born on July 22, 1934 and grew up in the Honey Creek area of Scott County, Tennessee.  He was born to the late William Emmitt Jones and Bertha Lee Peters Jones.  Mr. Jones passed away and went to be with the Lord on Tuesday, May 28, 2019 at the Kitty Askins Hospice Center in Goldsboro, North Carolina.  In May 2015, after failing health, he moved to North Carolina to live with his daughter and family.  Although he missed friends, family and Love Joy Baptist Church, where he was a member, he embraced life in North Carolina with a good attitude and a grateful heart.  He is survived by daughter and son-in-law Lynn and Gary Vanderpool of Greenville, North Carolina, and five grandchildren and their families.  In addition to his parents, he was preceded in death by his wife, Mary Geneva Ellis Jones, son W. Bruce Ellis, daughter-in-law Mary Ellis, sister Flora Jones Garrett, and brothers Lester, Clarence, Alfred, and Ernest Jones.  The family will receive friends at Goff Funeral Home on June 1 at 12:00 PM Central Time (1:00 PM Eastern Time) until time of services at 1:00 PM Central Time (2:00 PM Eastern Time).

To order memorial trees or send flowers to the family in memory of Sam Jones, formerly of Lancing, TN, please visit our flower store.
Send a Sympathy Card