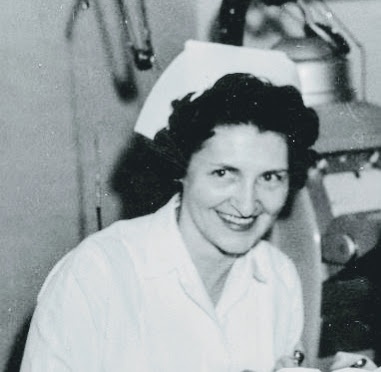 THEDA RUFFNER HART, Mother, Grandmother and Great Grandmother, went to be with her heavenly Father May 9, 2019. She was born in Coalfield TN, 97 years ago.

She also is survived by 23 great-grandchildren and a host of nieces and nephews.

Theda worked for Dr. W. H. "Pete" Piper in Wartburg and went on to attend ETSU and graduated with an associate degree in Dental Hygiene in 1971 and completed her career in Johnson City. She retired and moved to Knoxville where she remained until her death. The family wants to thank the faculty at Heritage Assisted Living in Knoxville for their help over the years and making Mom’s life as comfortable as possible. Her love of singing and her humor, strength of character, wisdom, and faith will be missed by all who knew her.

The family will receive friends Monday, May 20, 2019 at Schubert Funeral Home in Wartburg from 2:00-4:00 p.m. with the funeral to follow at 4:00 p.m. Interment will follow in the Wartburg City Cemetery in Wartburg.

Instead of flowers, the family requests a donation in her name to Arkansas Ovarian Cancer Coalition, P.O.Box 7796, Little Rock, AR 72217 or Alzheimer’s charities.

To order memorial trees or send flowers to the family in memory of Theda Hart, please visit our flower store.