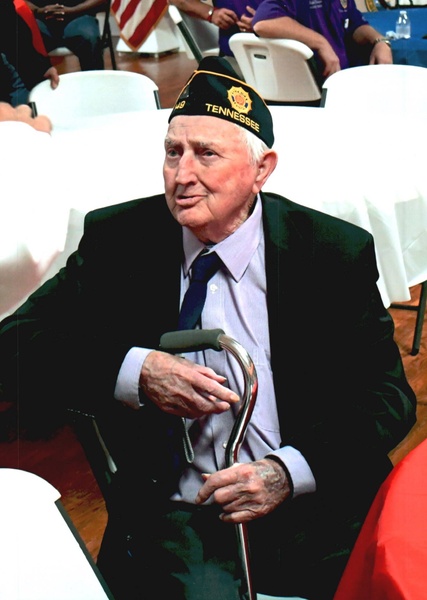 Mr. William (Billy) T. Marlow age 96 went to be with the Lord on Saturday, May 28, 2022, at his home in Joyner, TN.  Billy was a member of Union Baptist Church and The American Legion.  He was a World War II Veteran but spent most of his life working on his dairy farm.

Also surviving are a host of other family and friends.

The family will receive friends on Tuesday, May 31, 2022, from 4-6 pm Schubert Funeral Home, Wartburg.  Funeral services will follow at 6pm with Bro. Jason Lowe and Bro. Mac Smith officiating. Interment with Military Honors will follow at the Union Cemetery, Wartburg, TN.

To order memorial trees or send flowers to the family in memory of William "Billy" Marlow, of Wartburg, please visit our flower store.