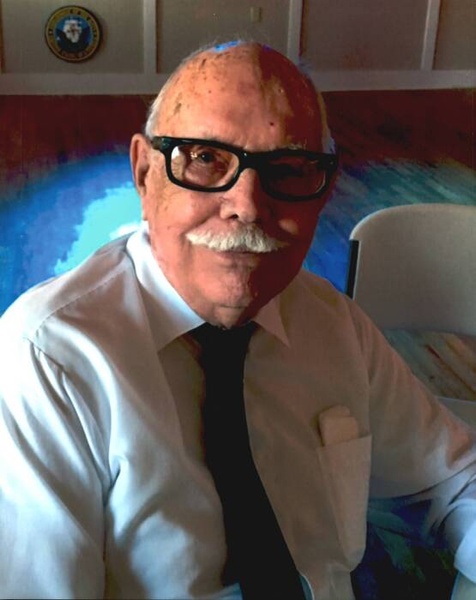 William E. Armes (“Foye”), 93, passed on Sunday, November 1, 2020 at his home on Flat Fork Road while surrounded by family and friends.  Foye was born at home in the Kioga area of Fork Mountain.  His early years were spent in New River before his family moved to the Flat Fork Valley in 1932.  Except for the years he spent serving his country in the Army as a Field Wire Chief (1946-1947), he lived in the Flat Fork Valley for the rest of his life.  During his period of military service, he was stationed in occupied Japan, where his home base was Osaka.  To fulfill his assigned duties, he also traveled to, and worked in, both Yokohama and Kyoto.   While in Osaka, Corporal Armes was injured during the magnitude 8.3 Nankaido earthquake of December 21, 1946.  Upon discharge, Foye was awarded the World War II Victory Medal, the Army of Occupation Medal-Japan and a commendation from President Harry S. Truman.

Foye began protecting and caring for the area now known as Frozen Head State Park and Natural Area long before he became employed as the Forester of the Morgan State Forest (late 1950’s to 1971).  This was “family land” to him, as one of his ancestors, Bletcher Armes, began settling the area in 1822 on a federal land grant that encompassed property that is now the Park and Natural Area.  Many members of Foye’s family lived within what is now the Park and Natural Area boundary, and the family name is associated with a number of Park sites, such as Armes Gap.  Some of the early history of this land and people are vividly described in Foye’s recent memoir Tid Bits and True Tales of the Frozen Head Mountains, published in 2018.

When Foye’s father Kirlie Armes became (the first) Forester of the Morgan State Forest (1942-late 1950’s), Foye and his parents, brothers and sister moved to the cabin that had served as a residence during the 1930’s for the Civilian Conservation Corps (CCC) Camp Superintendent.  This cabin is now a Park Ranger’s residence and is located adjacent to the Park Visitor’s Center.   Foye grew up in this cabin and later succeeded his father as Forester of the Morgan State Forest.

As a young man, both before and after his term of military service in WWII, Foye cruised timber in the Forest with his father and served as the Morgan State Forest Fire Crew Chief.   While Chief of the Fire Crew, Foye fought the infamous and widespread Fire of 1952, when he was on the fire line for weeks at a time working to contain the fire and support fire crews while saving as many of the ancient landmark trees as he could.

While employed as (the second) Forester of the Morgan State Forest, Foye worked 7-day weeks (and sometimes, day and night) patrolling the vast Forest either on foot or in a state surplus Jeep; maintained trails, bridges and drains built by the CCC; fought fires; protected, conserved and photographed the rich wildflower populations that Park visitors enjoy today; “ran off” poachers and trespassers;  kept the boundary lines blazed and painted, served in or led numerous search and rescue teams seeking missing or injured hikers, downed planes and lost children; maintained all the buildings; and performed all other duties needed to protect and conserve the land.

When Morgan State Forest became Frozen Head State Park in 1971, Foye continued as Caretaker of the Park until his retirement in the mid-1970s, when a State Park Manager was named.  After his retirement, Foye’s extensive knowledge and familiarity with the Park and its landscape features made him an invaluable resource in guiding and advising local community and Park search and rescue teams; on several occasions, his knowledge of the back country was critical in determining the location of missing persons.  He also advised successive Park staff regarding the rich inventory of wildflower species found at the Park, and offered his extensive slide collection for Park archival use.  His long-time familiarity with the CCC Camp era and the Stonecipher-Kelly House and grounds has helped identify historical locations and uses of various CCC structures as well as dating features of the Stonecipher-Kelly site, such as the Stonecipher-Kelly magnolia.   Recent Park signage development reflects his valuable input.

In August of 2020, Foye was named “Lifetime Member Emeritus” of the Friends of Frozen Head State Park and further honored with a commendation certificate for his service to the Park by Governor Bill Lee.  Additional recognition was provided by Rep. John Mark Windle, Sen. Ken Yager, Tennessee Department of Environment and Conservation Deputy Commissioner Jim Bryson and Morgan County Executive Brian Langley.

Foye was a Charter member of the Star of Hope Chapel located on Flat Fork Road, and served as its first Trustee.

The family will receive friends on Tuesday, November 3, from 5:00 to 7:00 PM at Schubert’s Funeral Home in Wartburg.  Funeral service will follow at 7:00 PM, Pastor Darrel Daugherty officiating.  Graveside services with full military honors will be held at 11:00 AM on Wednesday November 4, 2020, at the Flat Fork Cemetery in the Flat Fork community.  Schubert Funeral Home of Wartburg is in charge of arrangements.

To order memorial trees or send flowers to the family in memory of William "Foye" Armes of Wartburg, TN, please visit our flower store.
Send a Sympathy Card